We value our former students and celebrate their achievements and experiences. Here are just a few of their success stories. 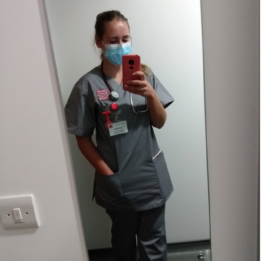 I am currently in my third year studying medicine at Cardiff University, which I am Loving! My time at Arnewood holds many positive memories, although I was only there for two years; joining for sixth form from Priestlands. I loved the feel of the smaller Sixth form as opposed to a large college, where classes were smaller, teachers knew me and were able to support me and my peers more individually to help us achieve our best. I received A* in all my A Levels (maths, chemistry, biology) and my EPQ, and an A in my German AS Level, and felt that I was pushed to succeed by all my teachers in all those subjects. I was also very well supported during the process of my medical school application. Prior to my interviews, the school arranged two sets of mock interviews for me and the other two students applying for medicine, with a doctor and ex-staff members, which was invaluable. Despite not having studied at The Arnewood School, I was honoured to be selected as Head Girl, which I consider a true privilege. 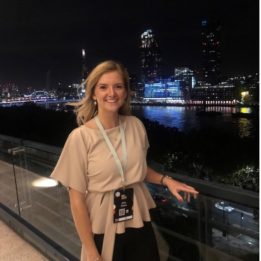 After leaving Arnewood Sixth Form in 2015, I went on to study Sports Management at Cardiff Metropolitan University. I graduated University in 2018 with a First Class Honours degree and proceeded to apply for various different Graduate programmes. The process was very similar to when applying to University, as with all of the applications, personal statements and CV’s were crucial to stand out above other Graduates. Arnewood prepared me well for this process; how to structure my CV and highlighting my skills and talents in context to the course/job I was applying to. I was successful in my applications and gained a position on the Global Graduate Programme in Planning at British American Tobacco in October 2018.  Over the past 2 years I have gained incredible experience working across different functions of the business and am now using my breadth of skills and knowledge as a Supply Chain Executive in a challenging and interesting role as a Production and Distribution Planner. Despite not having a clear picture of exactly what I wanted to do when leaving Arnewood, the Sixth Form provided me with so much guidance and career pathway options, notably the job fayre and University fayre we attended. Attending Sixth Form really is a great interim step between school and higher education; being treated like an adult whilst having great support from committed staff’ 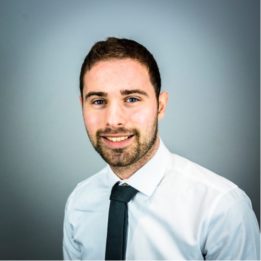 “Since finishing Arnewood I have had the opportunity to work on some pretty cutting edge and interesting technology while fulfilling several different engineering roles and project management responsibilities. From conducting research on biological exposure modelling of RF radiation to the development of submarine combat systems and deployable networks for the RAF. I have found that the underpinning knowledge I learned at Arnewood really helped to set me up for further studies and a career path in engineering.”

I have recently become registered with the IET so have gained the designated letters “EngTech TMIET” after my name, if you wanted to add them onto my name to add more credit to the whole piece feel free, if you’d just rather keep it simple then also feel free I don’t mind either way 🙂 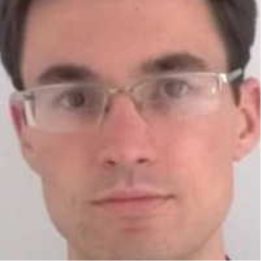 PhD in Neurotechnology at Imperial College 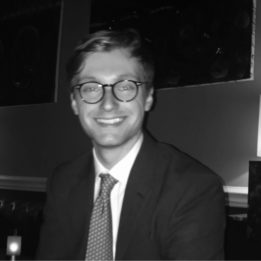 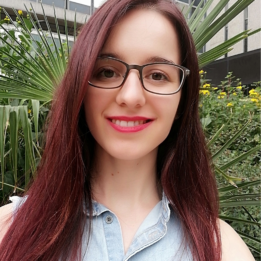 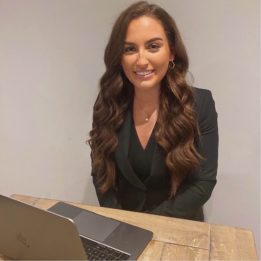 The teaching and support at Arnewood helped me to finish Sixth Form with A*AA which set me in good stead to pursue a career in the competitive legal filed. After completing an industry placement year during my law LLB undergraduate degree, I am pleased to have secured a training contract with a London-based law firm and will begin my career as a solicitor after completing the Legal Practice Course. I have maintained a connection with Arnewood and my A-level law and psychology teacher, Mrs Sheppard, since leaving Arnewood and was so excited to share my training contract news! 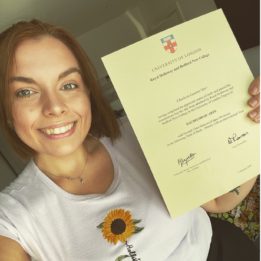 Second Class Honours in History at University of London

“I left Arnewood 5 years ago and over those 5 years I have achieved more than I could have ever imagined, and I could not have done any of it without the years of support I received from Arnewood. From my outstanding teachers who believed in me and pushed me to be the best version of myself, to the amazing opportunities both the school and sixth form offered to us all. I am eternally grateful to Arnewood for showing me that we all have our strengths and weaknesses, but it is how we utilise and adapt on both to achieve our full potential.” 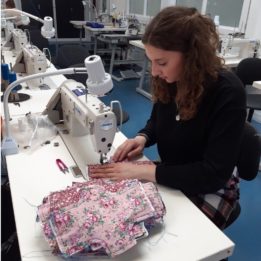 Since leaving The Arnewood sixthform in 2017, I have completed a Costume BA Honours degree. I was inspired to choose this course through the help and support of my Art based teachers. Through out my degree, I found by taking part in teaching and charity based activities that teaching was the path I would love to take. Due to this change of heart, I have since started my PGCE year as an Art teacher to be completed in July. Another reason for wanting to become a secondary school teacher was the dedication and support that my A Level teachers gave me, which has led me to want to help other students. 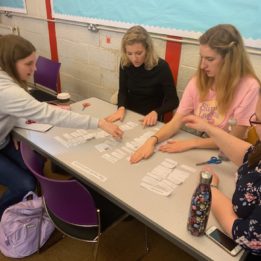 I loved my time at Arnewood Sixth Form. I did A Level Psychology, Geography and Music and AS English Literature. The tutor team were always supportive with regular one-to-ones with your personal tutor and guiding you through the process of applying to university. The teachers were also always there for you if you needed to go and speak to them and or ask a question. In Year 12 I was able to go into a local school each week as we had Wednesday afternoons free as well as a work experience week. This gave me valuable experience to include in my university application. I’m now in final year studying Primary Education at the University of Winchester. 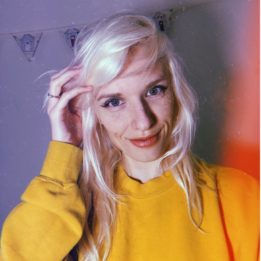 I am now a full-time musician, running this as my own business. Arnewood has supported me through keeping up to date with me and staff members coming to my gigs and cheering me on. I am so grateful to be doing what I love and without Arnewood I don’t think I’d of ever discovered it. From playing the Sixth Form Assemblies to performing at festivals, weddings and competitions. 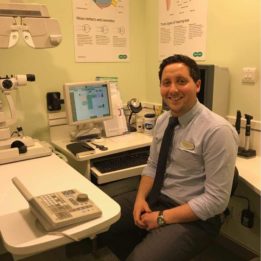 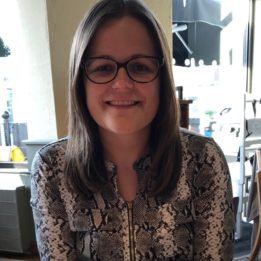 Hey I’m Lucy and I studied Health and social care  alongside A Level psychology at the Arnewood Sixth Form. Throughout my time at sixth form I had very supportive teachers who would always be there for any questions I might have had, meanwhile still building my independence ready for university. I would recommend sixth form if you focus well with good structure and like a support network around you. Doing health and social care meant that I took part in placements which gave me great work experience which guided me towards choosing my university course: childhood, youth and community studies. Ironically, my first job after University was working back at the Arnewood School before I went travelling. I am now working as a Guest Services Administrator working with schools, youth groups and families. My name is Molly Morgan, I’m 22 years old and I am a Conveyancing Assistant at Scott Bailey Solicitors in Lymington. I studied at the Arnewood School from 2009 to 2014 and then I studied at the Arnewood Sixth Form from 2014 to 2016. I wanted to learn something new & interesting, the Arnewood Sixth form gave me the opportunity to study Law & Psychology! Mrs Sheppard was amazing & gave me all the support I needed to achieve the best grade I possibly could. Being able to study Law here made me realise that this was something I wanted to do as a career in the future. The Arnewood Sixth form supported me by showing me all of my options & this lead me on to get an Apprenticeship in a solicitors! I have now been working as a Conveyancing Assistant full time for the last 4 1/2 years & it’s thanks to the teachers & subjects on offer at the Arnewood Sixth Form that I am able to do this. 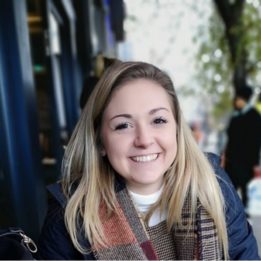 “Following Arnewood Sixth Form, I decided to take the apprenticeship route rather than university. I successfully got a place on the JP Morgan Chase apprenticeship scheme and I have been there for the past 5 years, progressing to a managing role. Sixth form helped with this decision as there wasn’t any pressure to go to university and everyone was very supportive. Sixth form helps you develop to become more independent and gives you the confidence you need to start your career.” 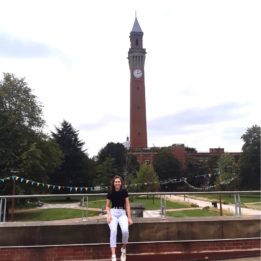 I really enjoyed my time at the Arnewood Sixthform. Having such supportive teachers and small classes definitely made the jump from GCSE to Alevel a lot smoother. The common room had a friendly feel to it and it was really nice to have more independence than in lower school! I studied Philsophy, Religion and Ethics, English Literature, Psychology, Maths AS and EPQ. I finished with grades I was proud of and have gone on to study Philosophy at the University of Birmingham! The Sixthform supported me in my university application and helped me to continue onto further study at degree level.

Rebecca Reece BA Philsophy at the University of Birmingham