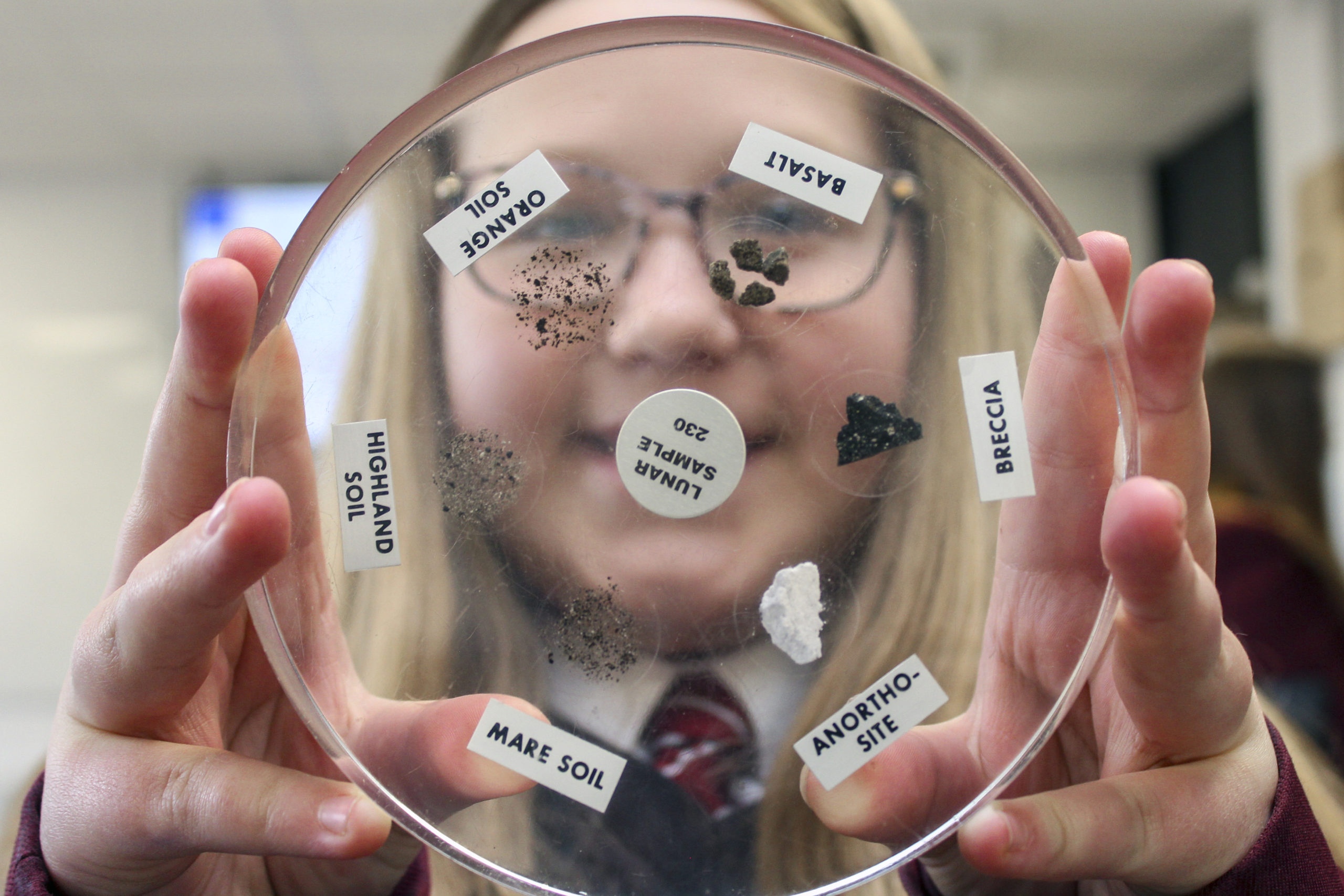 Well technically it was a collection of moon rocks and meteorites curated by the Science and Technology Facilities Council and on loan from Nasa. Last week our students had an out of this world experience as many of the science clubs and classes had the opportunity to view and handle a selection of rocks from the moon and space.

Between 1969 and 1972, six manned Apollo missions successfully landed on the Moon, allowing the astronauts to collect samples and bring them back to Earth for study. Some of these samples have been preserved in acrylic disks and along with a range of meteorites, tektites and fossils are available for a week-long loan to schools.

The loan boxes provided by the STFC and the National Space Academy contained lunar samples and different examples of meteorites which could be handled and viewed under our school camera microscope. Pupils and staff were fascinated by the rocks which included amongst other samples: