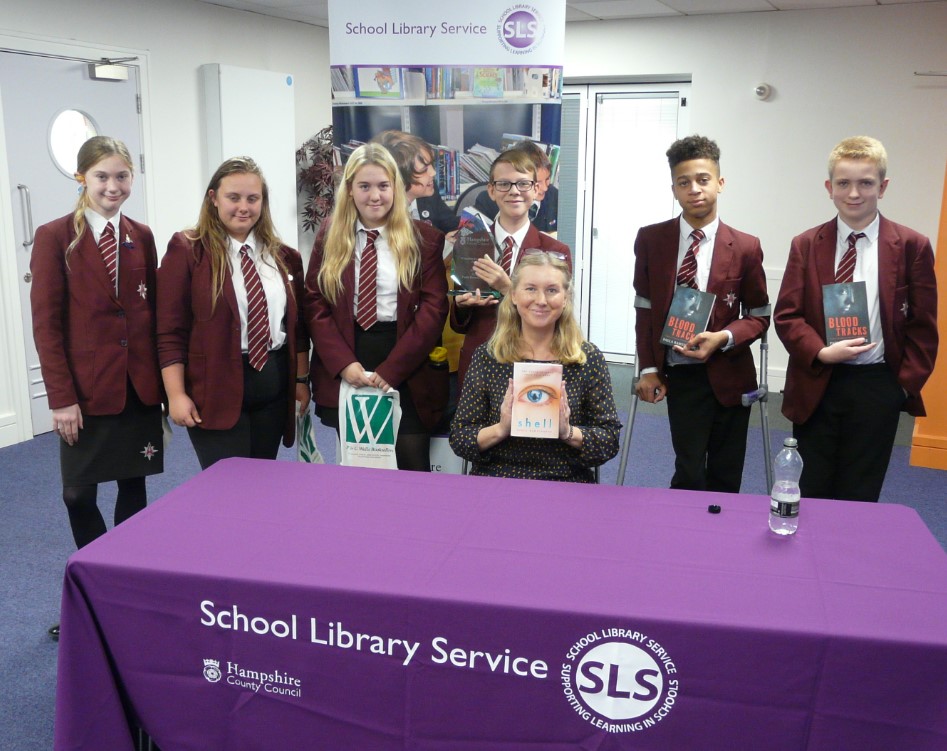 Author Paula Rawsthorne has won The Hampshire Book Award with her brilliant book ‘Shell’.  Popular with our Arnewood judges they were all excited to attend the ceremony where Paula received her award.  Before accepting this she spoke to a hall packed with students from thirty eight schools across the county.  She began by introducing her latest book, ‘The New Boy’ which is an intriguing story about a new boy at school who may not be what he seems to be at first introduction.  Arnewood students can pick up a copy in the school library!

Paula spoke about how much she values libraries.  It distresses her that “while prisons are legally obligated to have a library, schools are not”.  She openly mourned the loss of school libraries and was delighted to be in Hampshire with so many schools still valuing their libraries.

Paula actively engaged with the students as she walked around taking answers and opinions from them.

Speaking about the winning book Paula credited her daughter with giving her the original gem of an idea one day when they were discussing medical advances.  It took Paula two years to complete the book.  She enjoys researching for her books and shared an article pertinent to this book about a doctor who claimed to have performed the world’s first successful human head transplant on a corpse.  With all her other research and thoughts about characters and storylines Paula plots everything out on a large board before starting to write anything.

Whilst Paula did not start writing until she was in her thirties, she was a veracious bookworm and library user from an early age and values the skills and qualities reading gives.

After the impressive glass award was presented to Paula she took time to sign books and Arnewood students felt privileged to have the photo opportunity this allowed.