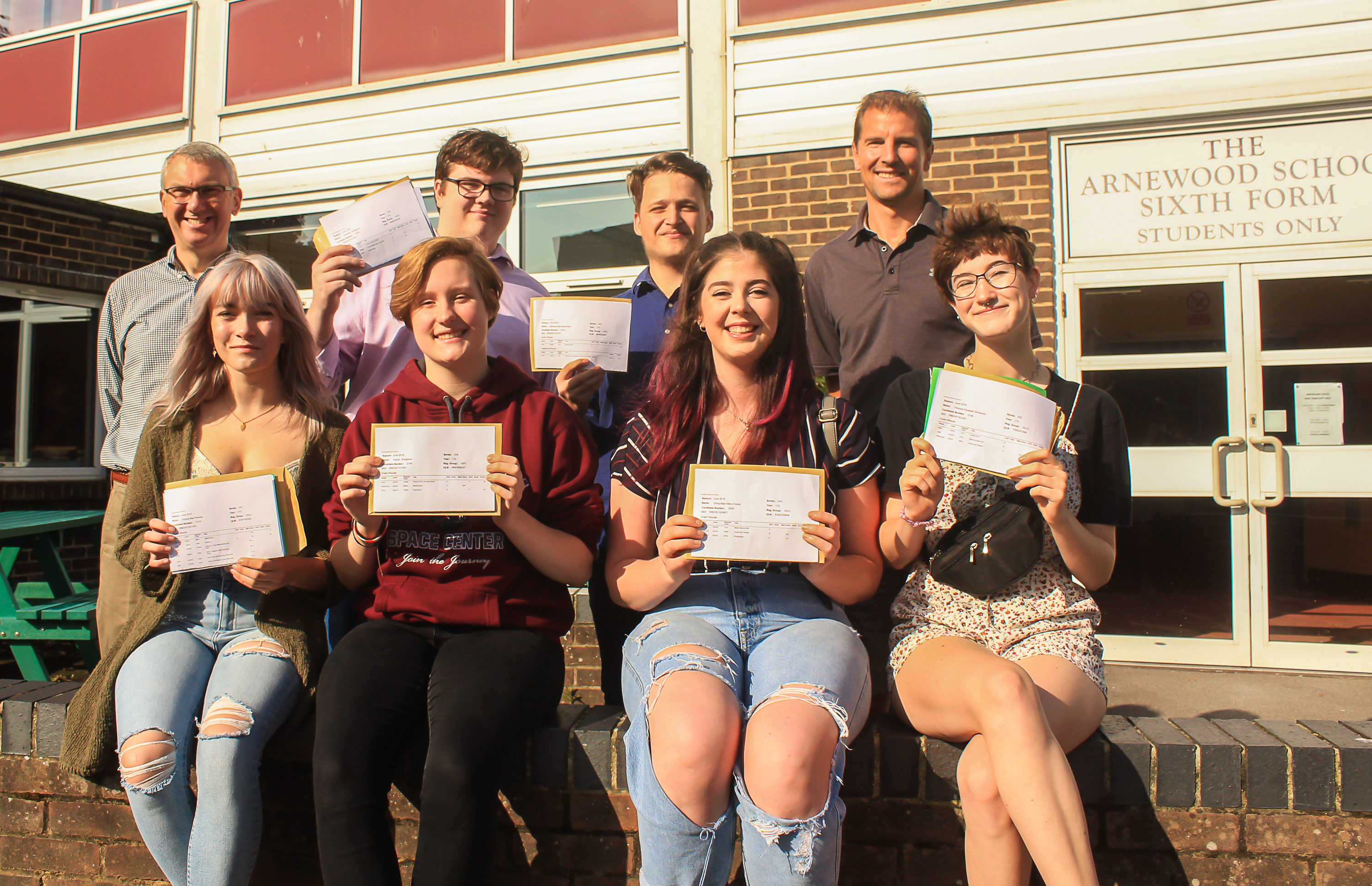 Students at The Arnewood School Sixth Form have turned in another year of excellent results, with an overall pass rate of 97%.

More than 40% of students achieved A*- B grades with all students able to attend the university course or employment route of their choice.

Among the best performers was Victoria Primmer who achieved a distinction* in creative digital media – a grade above the standard distinction and only awarded to a very few people nationwide.

With her As for history and maths, Victoria will study computer games technology at Portsmouth University.

Kaylyn Snellgrove received an A* in maths and an A in physics and chemistry. Brother Jonathon scored As in maths and computer science and a B in further maths.

Other high achievers include Massimiliano Bocchio, with an A* in Italian, two As in German and history and Bs in government and politics, and English language.

Matilde Pedergnana also gained five A-levels with an A* in maths, an A in further maths and Bs in physics, Italian and psychology.

Headteacher Nigel Pressnell said, “I am delighted that the students’ hard work, together with the dedication of their teachers has allowed them to progress from The Arnewood School Sixth Form to follow their dreams and ambitions. We look forward to hearing about their future success in the years to come.”