Exchange programmes are one of the best ways to embrace a new culture, which was definitely true for our Year 9 and 10 students who recently spent an exciting week in France.

The 18 students travelled to Vannes on Monday 24th April, a few weeks after hosting the French students here in New Milton. The first day was spent at our partner school, Collège Saint-Exupéry, where students were treated to a special breakfast and welcome from the Headmaster, Monsieur Audoucet, before going on to lessons in small groups. The afternoon was spent at Larmor Baden, where they were given an introduction to oyster farming. Students were even brave enough to give the oysters a try!

An engraved school bell was presented to Madame Berthelot, Deputy Headteacher, by Nigel Pressnell on behalf of The Arnewood school, as a symbol of the friendship which has existed between the schools for 33 years. Other activities throughout the week included a quiz in the old town of Vannes, visiting a biscuiterie in Pont-Aven, a guided tour of the private château at Josselin and a picnic at St Goustan overlooking the picturesque port.

Students also had lots of opportunities to visit cafés and do some shopping throughout the week. This was the perfect opportunity for them to test their French. The weekend was spent with their host families doing various activities before returning on Monday 1st May, stopping en route at the spectacular Mont St.Michel.

Students and teachers from Vannes had previously visited Arnewood for a week during March, staying with our students and teachers. They took part in lots of activities throughout the week, including visiting London and spending a morning attending lessons at Arnewood. The French teachers also presented Headteacher, Nigel Pressnell, with a beautiful photograph of Vannes, which will be displayed in the staff room. 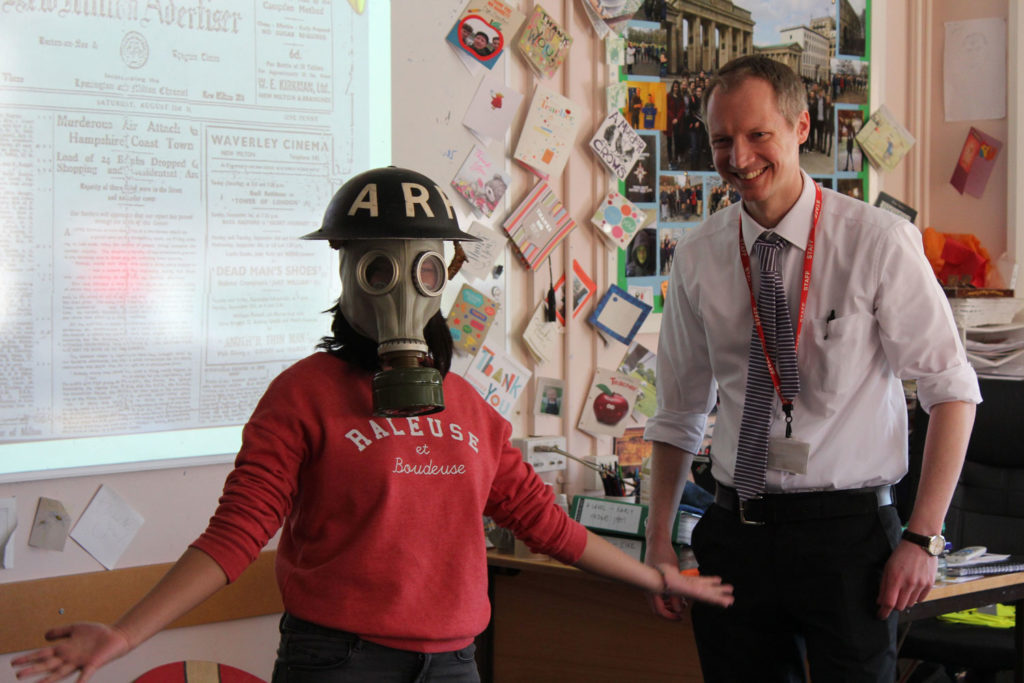 Year 9 student Justin Benoit-Means, took part in the exchange programme and said, “I highly recommend the exchange programme to any student wanting to improve their language skills. The prospect of having a stranger in our house, who didn’t speak much English, was quite a daunting one. Initially, I wasn’t too keen on the idea but, after many family discussions, came round to it. The first day was slightly awkward but we were all having a laugh together from day 2. It made us think of doing activities that we would not normally consider, like all playing cards after supper during the week.

We were all really sad to see our guest leave but, having made friends with him, it made me less apprehensive about going over to France a couple of weeks later. It turned out I had no need to worry at all as his family were all really nice, were great hosts and I had an amazing time! During my stay, my understanding of spoken French improved greatly and, by the end of the week, I was able to participate in conversations with the family more fluently and with greater confidence.”.