On a drizzly Saturday afternoon in New Milton, 35 extreme sports enthusiasts set off for the slopes of Italy. After a seamless, but tiring journey of 24 hours we arrived in the picturesque village of Artesina in the Italian Alps.

After students had settled into their rooms, the air of expectation lifted as students collected their skis, snowboards, boots and helmets. This was followed by the first evening meal which set the tone for the week – a large bowl of pasta, meat main and polished off with a lovely Italian dessert. 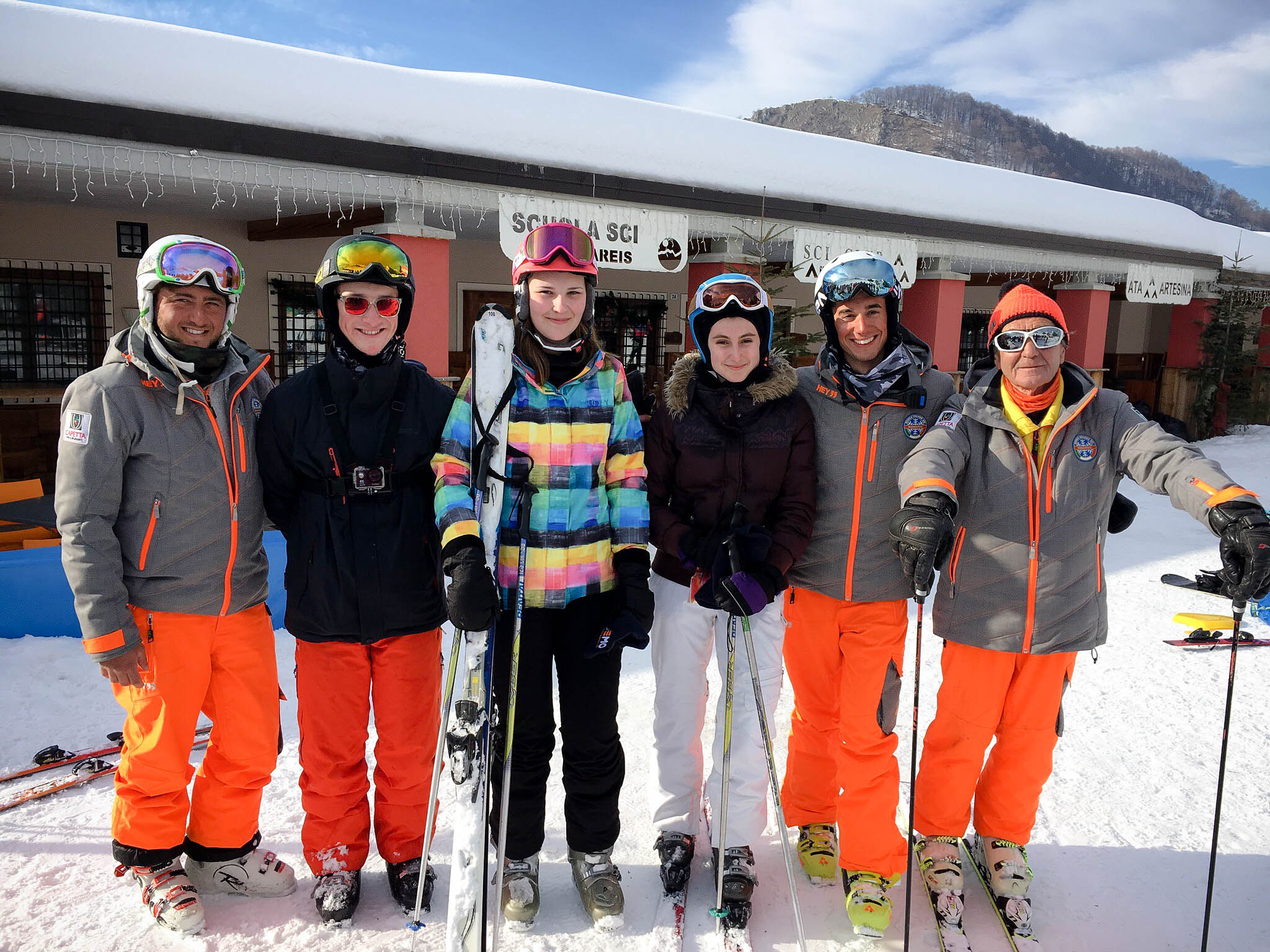 We awoke to beautiful sunshine on the first morning, and the students were divided into their different groups – one group of cool snowboarders, two beginner ski groups and a small advanced group.

The advanced group led by veteran instructor Gino quickly disappeared over the horizon into the Alps. The beginners quickly progressed onto blue runs and by the first afternoon found themselves at the top of the mountain. However, this is also where we had our first major crash. As keen geography student Nathan Prowles was taking in the amazing view he realised too late that his skis’ were moving him down the mountain at quite a rate. Fortunately for him, the solid frame of Josh Dew was directly in his line and provided a useful but unaware ‘buffer’. Despite the mighty collision both dusted themselves off and fell about laughing.

Despite a large number of thrills and spills both the skiers and snowboarders progressed quickly and the instructors were full of praise for their efforts. By the third morning, most students were following the instructors down the second most difficult red runs. Fortunately, the hotel provided hot lunches of even more pasta to help refuel for the afternoon exertions.

Keen to keep minds sharp, Mr Merrick provided the evening entertainment. Each evening meal was accompanied by a brain teaser of a quiz on topics as diverse and academic as sweets, chocolates and makes of car. This was followed by Merrick evening Entz such as bingo, pub quiz, sledging and movie night. Needless to say, it wouldn’t be Merrick Entz without the usual technical hitches. These evenings were also an opportunity to reflect on the day’s exploits with awards for the skier of the day, snowboarder of the day, crash of the day and of course plank of the day, which I am pleased to announce was won by Miss Vincent on at least one occasion.

The week seemed to pass so quickly. A combination of beautiful blue skies, stunning mountain scenery, delicious Italian food and great company meant that everybody had a fantastic time. Roll on Ski 2020.