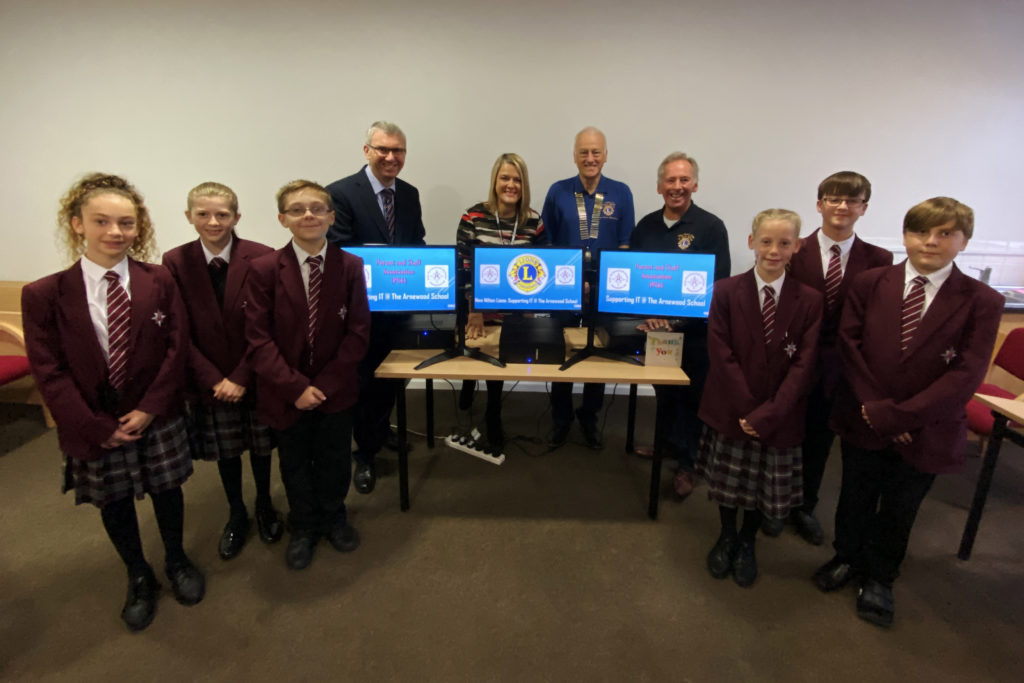 A new Parent Staff Association (PSA) has been formed to support The Arnewood School in New Milton and has already scored a hit by attracting a £500 donation from the Lions Club of New Milton to fund a new PC and monitor. Now the PSA is appealing to other local organisations and businesses to make similar donations.

PSA co-chairman, Sheralee Coles, said: “It’s been well publicised that there is a national school funding crisis and schools in the New Forest are very much affected by this. As parents, we wanted to do our bit to support the school so a few of us came together to reform the PSA, which had been wound up a few years ago. Our new committee is very invigorated and we have lots of plans to raise funds for the school through events, grant applications and by appealing for donations. We are incredibly grateful to the New Milton Lions for being our first community donor. We are urging other businesses and organisations to make similar donations – effectively sponsoring a new computer for the school.”

The PSA has set an ambitious target of raising £10,000 in its first year. The main focus of the fundraising efforts is to raise enough funds so the school can buy some desperately needed new ICT equipment. It has been estimated that £10,000 would fund the refurbishment and replacement of computers for one ICT room.

Peter Bousfield, Lions Club of New Milton’s Welfare Committee, said: “When we received the funding application from The Arnewood School PSA and were made aware of the financial hardship the school is facing, we were happy to get the PSA’s fundraising activity up and running, and to make a positive contribution to the school community.”

Since the successful bid to the Lions Club of New Milton, the PSA has also received a £1,000 grant from One Stop Carriers For Causes. The committee has also resurrected “Your School Lottery” and has held various fundraising events, including a non-uniform day and school disco. Those fundraising efforts have already helped the school’s IT department order 10 new PCs.

Headteacher, Nigel Pressnell, said: “We are absolutely delighted that the PSA has been reformed and there is such a committed and determined group of people raising funds on the school’s behalf. Everyone at the school is very grateful for their efforts and for the wider New Milton community for supporting them.”