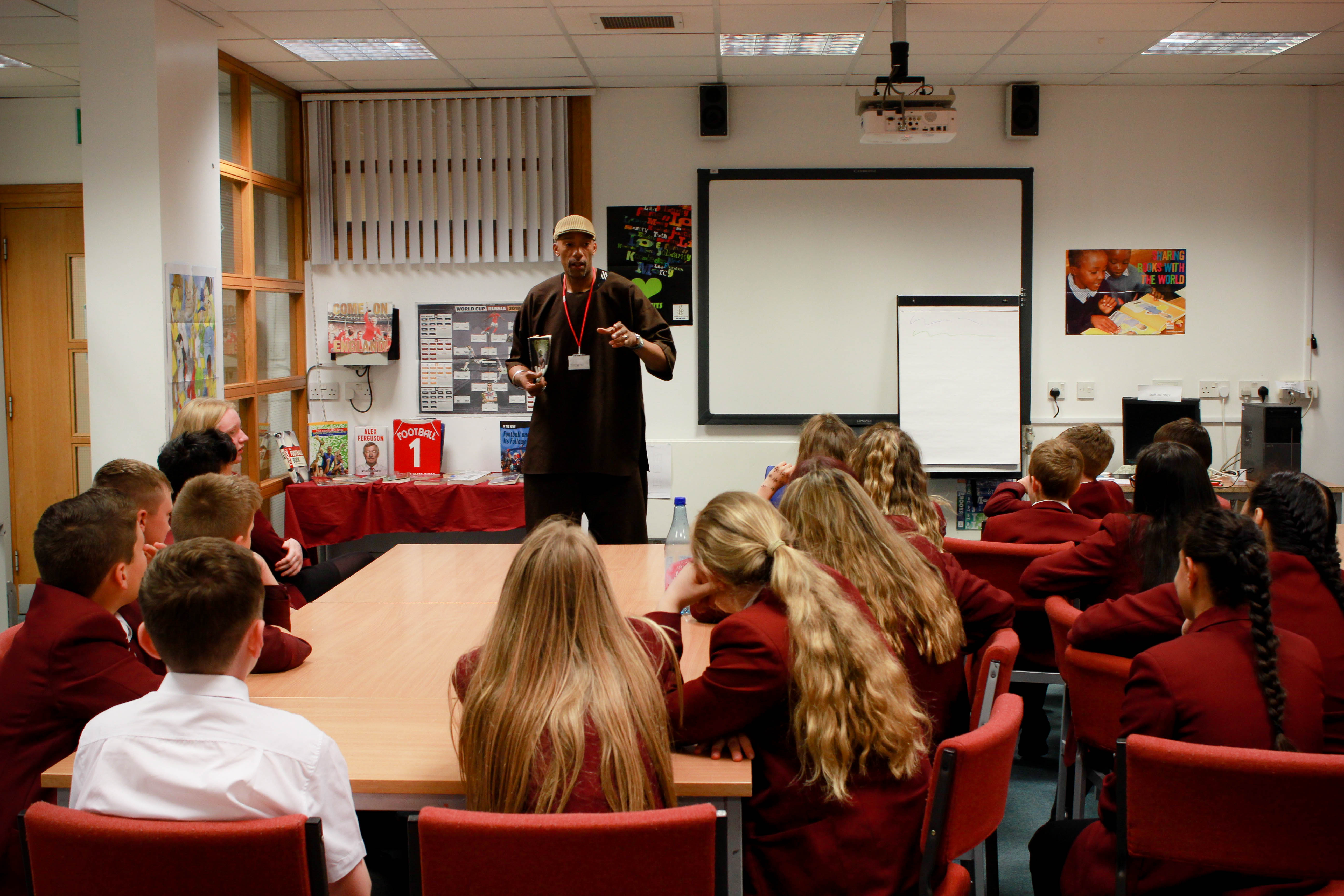 Students were inspired and entertained by performance poet, Adisa on Thursday who visited Arnewood to deliver a range of workshops.

Adisa’s mission is to bring poetry to the world. He has travelled as far afield as Thailand, but on Thursday 21st June it was New Milton!

The day began with Year 9 in the Hall. His first challenge was to perform and interact quietly for fifteen minutes whilst an examination was completed nearby. Having succeeded in remaining subdued as long as necessary the atmosphere livened up as he more wildly proclaimed his poetry on subjects introduced by the audience. His enthusiastic delivery and mastery of words kept both students and staff totally hooked.

Adisa followed this with a workshop for Year 7 Literacy.  These students were quickly absorbed in his style and were soon, much to their surprise and delight, writing their own poems under his guidance.  Some were also keen to perform them for us all. 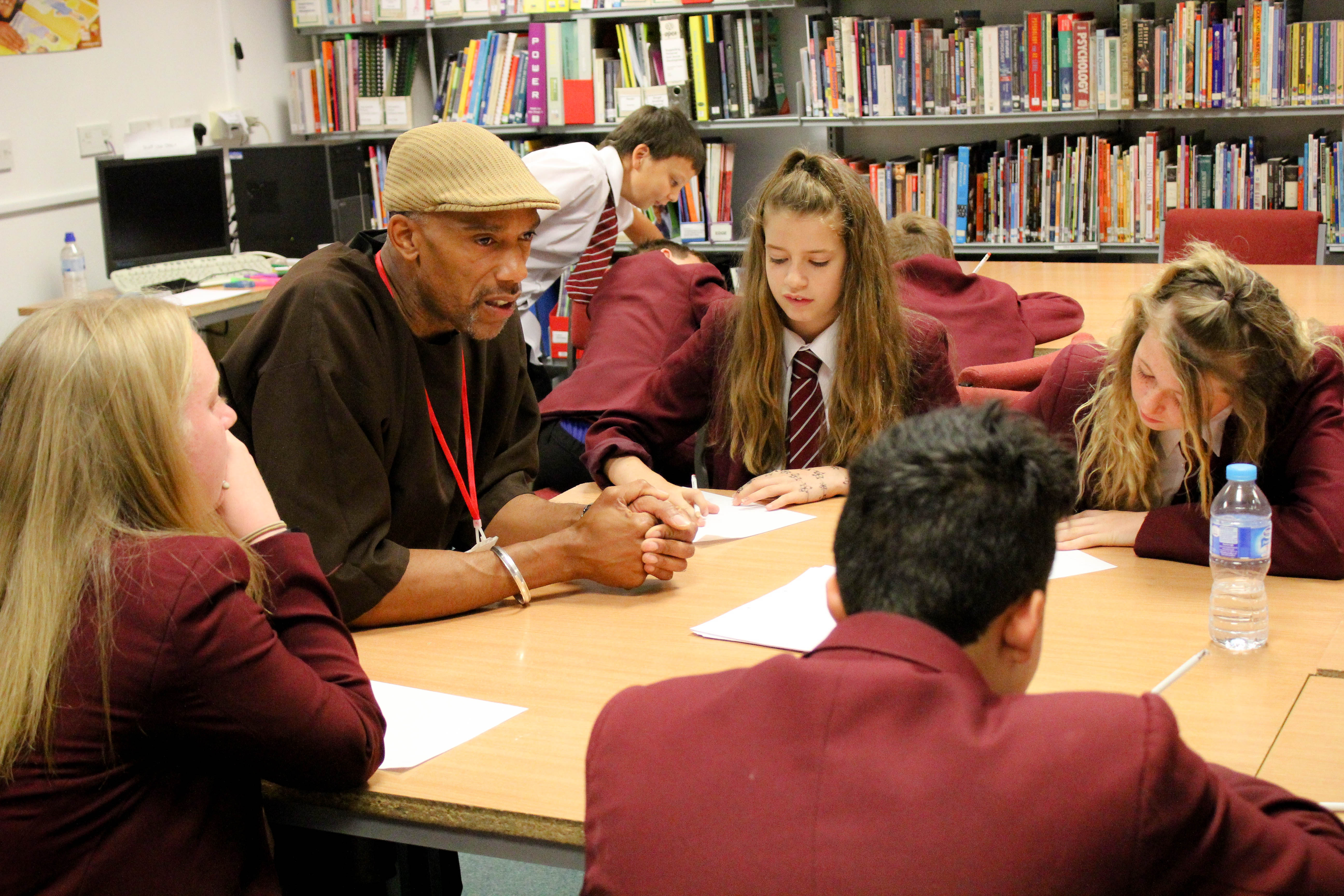 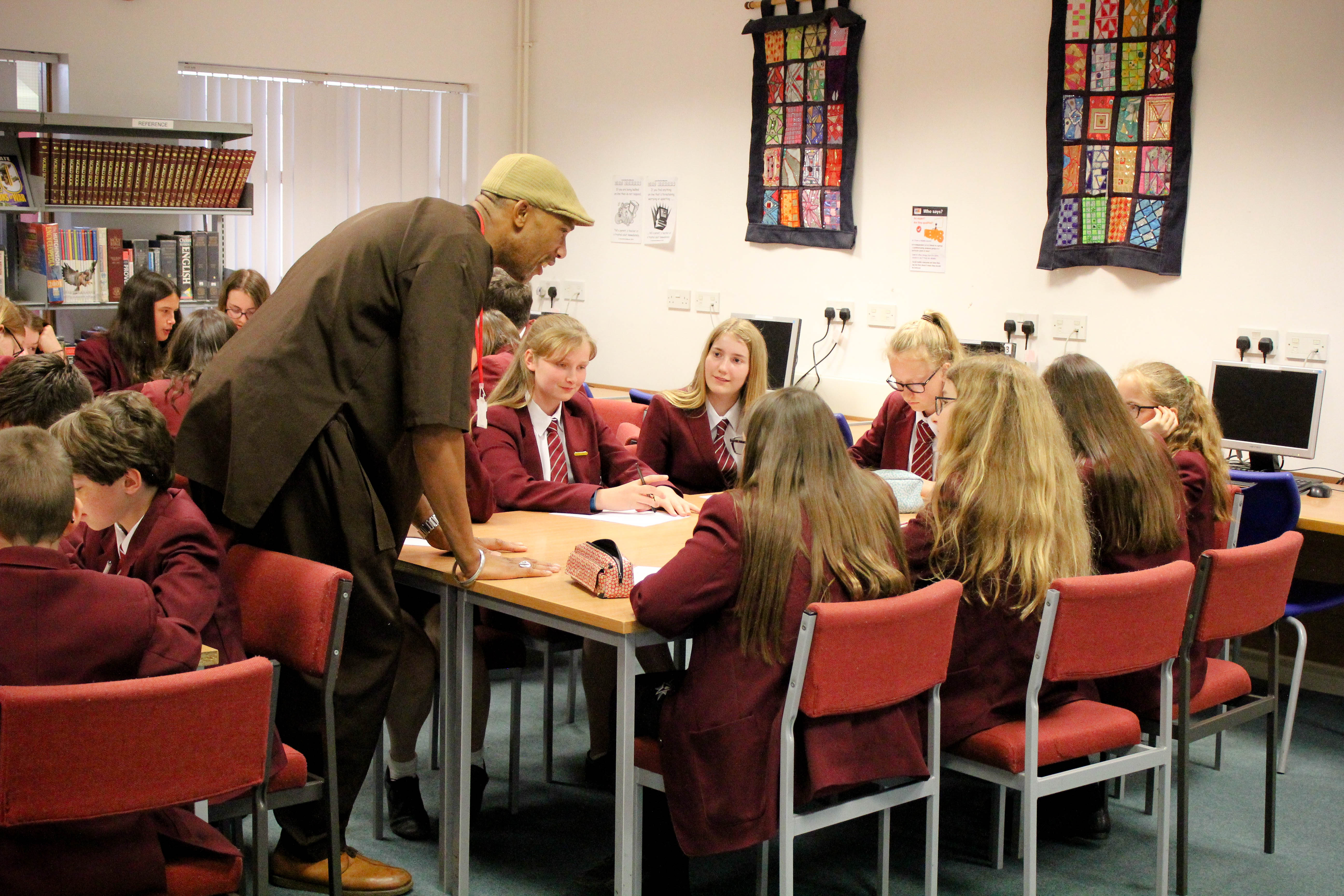 A large group of our Gifted and Talented students were next to meet Adisa.  They were soon working on their own pieces, challenged by Adisa to expand their imagination and delve deep into their vocabulary. Most volunteered to perform their completed poems.

The final workshop involved students who were probably not originally keen to spend an hour immersed in poetry.  Adisa, however, immediately demonstrated that his poetry is fun and everyone was engaged.  The students interacted well with Adisa and each other, all listening and contributing. By the end of the session everyone had written something which they had enjoyed working on and were justly proud of.

Thus many of us owe Adisa a big thank you for challenging our preconceptions, entertaining us, making us think, making us laugh, making us poets!

To find out more about Adisa look at his website, www.adisaworld.com or read the poems in his book, ‘Lip Hopping with the Fund-Fu’, available in the school library.

To quote from a poem in this book:

Poetry is music to my ear

Poetry is a graceful dancer with elegance and flair

Poetry has many shapes and forms but poetry is not square

Poetry is written on paper but poetry doesn’t lie there