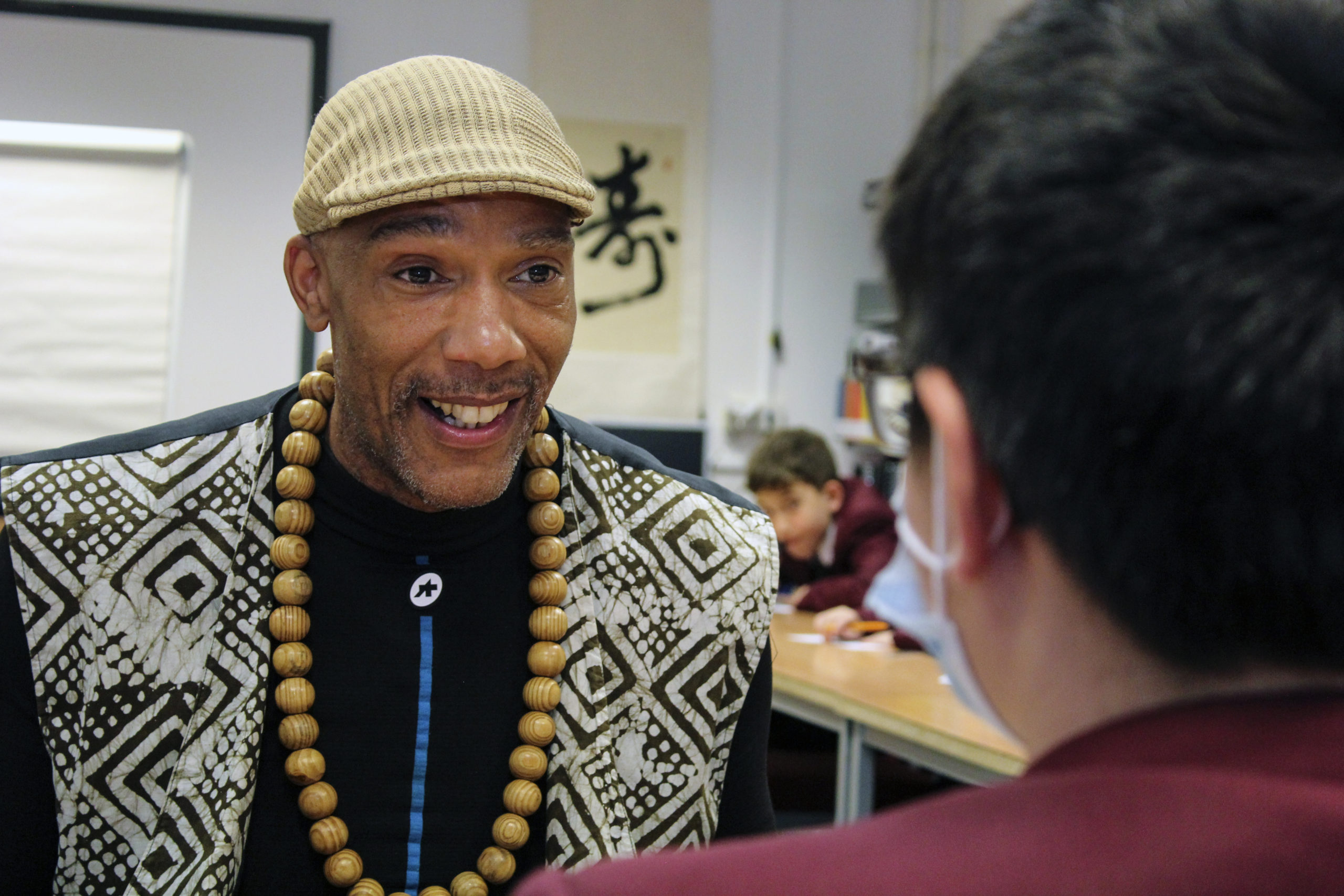 Adisa is The Verbalizer.  He is a man of quick wit and smooth tongue.  He is a man full of energy and verve.  He simply buzzes with poetry!

The Arnewood School was delighted to have Adisa visiting this week.  He ran three workshops in the library with a selection of Years 7, 8 and 10.  If they were honest, some of these students were not originally enthusiastic about coming to a poetry session.  They were, however, almost immediately caught in Adisa’s word spells as he started to recite his fast-paced poetry.  Gradually, Adisa would encourage the students to participate in the rhymes and riddles and by the end of each workshop every student had written their own piece of poetry.  Adisa reinforced the use of metaphors and similes and introduced the students to cinquain and kenning poetry.

In addition to the Workshops, Adisa entertained all our Year 9 students in the hall for an hour.  His abundant energy rapidly hooked everyone into the event, and the time sped by in a whirl of listening and interaction.  Adisa’s mastery of words and flamboyant style so engages his audience that they are almost subconsciously absorbed in, and are inevitably enriched by, the vocabulary and passion he brings to his poetry.

Talking with students after their sessions, it was clear that no one who spent time with Adisa failed to be enthralled and captivated by his lively words.  I suspect that some preconceived ideas about poetry were firmly debunked! 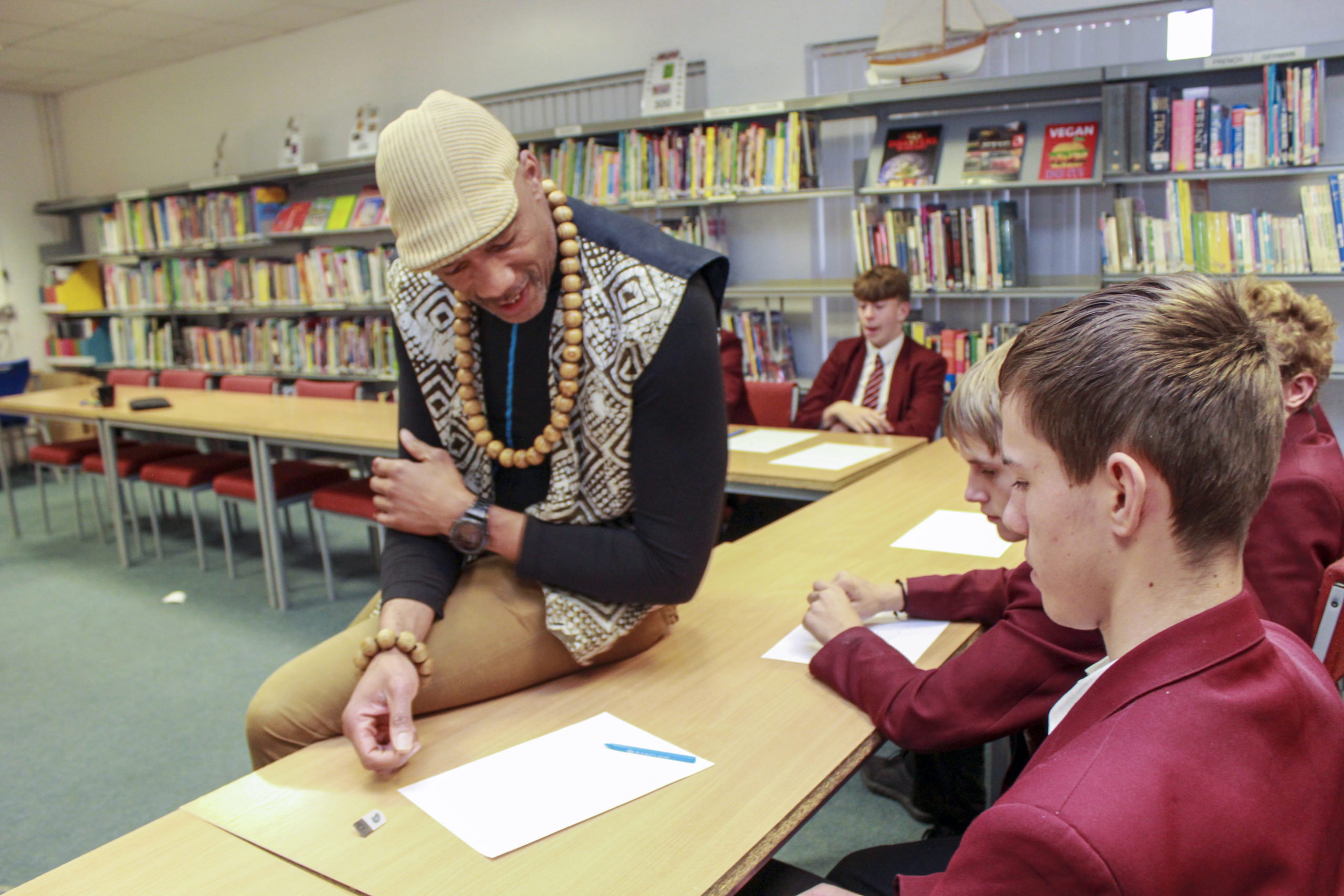 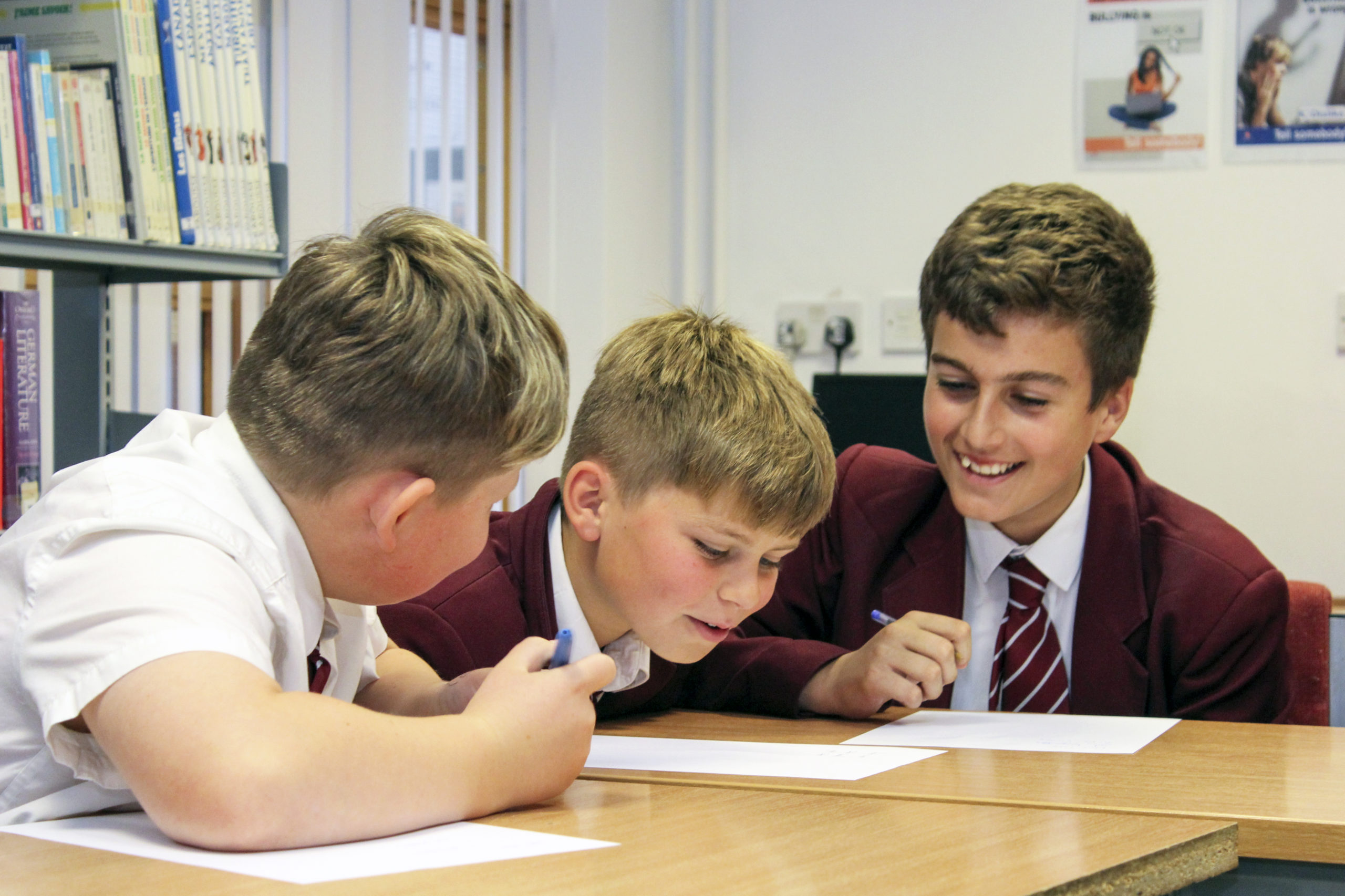