The U15 Girls’ Rugby team travelled to Winchester RFC to compete in their first ever Hampshire school tournament on Thursday 12th October.

After a physical morning of rugby, the girls were placed into a new pool and were excited for the second round of rugby. With some quick tries the girls won their first match 10-0 against Priory once again. Facing a strong side, they carried on their winning streak with a 10-0 win against Cantell before finishing a successful day of rugby with a repeated match against St Georges, ending with a win of 15-0. 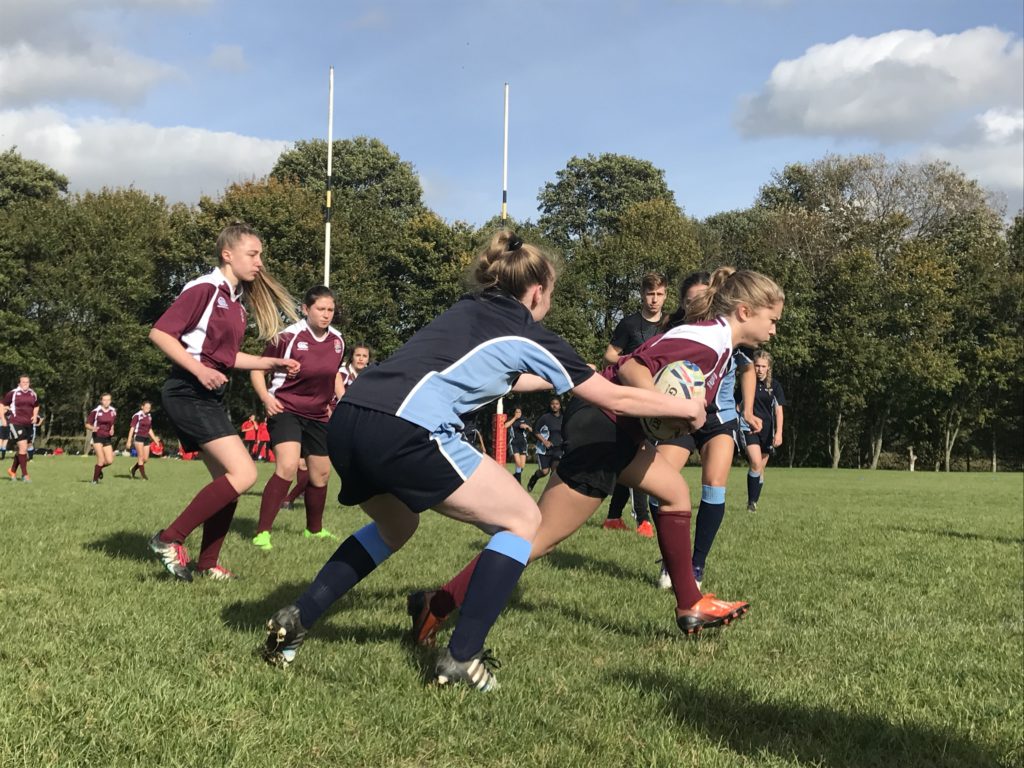 Everyone should be very proud of their achievements and look forward to many more tournaments in the future.