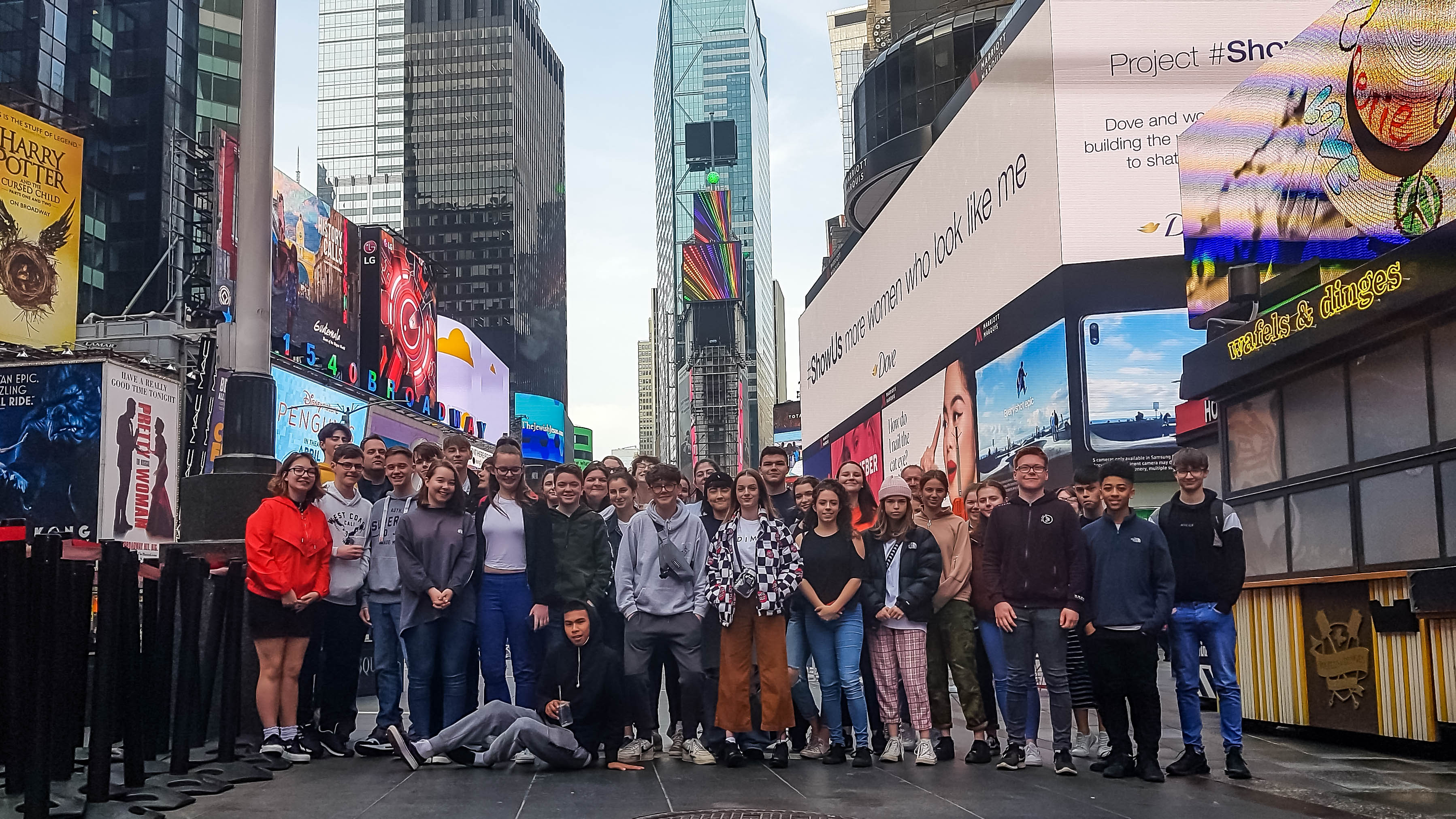 36 students from Arnewood got to tread the most famous stage in the world when they enjoyed a trip of a lifetime to New York.

The Year 11s and sixth formers enjoyed five days in the Big Apple to get a taste of theatre life plus American culture and history.

Their trip included a cruise around Ellis Island and the Statue of Liberty, an acting workshop on Broadway followed by watching the hit stage show The Prom Musical and a poignant visit to the 9/11 memorial.

Headteacher, Nigel Pressnell said, “This was a fantastic experience for our students to get a taste of what it is like to be an actor on the biggest stage in the world.

“The trip, the first of its kind we have organised, was not just a chance for them to visit Broadway but also to get a broader insight into the New York culture and this great city’s history.

“I know they were particularly moved by their visit to the 9/11 memorial and learned so much about this tragic event, which occurred before they were born.”

Students enjoyed this self-funded trip, which had a particular focus on drama, media, art and history.

Other activities they packed into their five-day trip included a four-hour walking tour of the city, getting a backstage glimpse of the NBC studios, enjoyed the breathtaking views from the Top of the Rock viewing observatory and a visit to Trump Towers.

Sixth former, Luvena Contreras, said: “I wanted to go to New York as I knew it would be a memorable experience, especially as I got the chance to go with our drama class.

“One of the best parts of the trip was the tour of the NBC studios where we were able to make a short film which we can keep forever.

“I will mostly remember the 9/11 memorial as that is something which has impacted me for the rest of my life.”

See our gallery for more photos.